16, September 2016: Fosjoas K1 electric skateboard is a shining star in skateboarding world. Since it appeared on the new product release conference of Fosjoas, it becomes more and more popular, especially among young people. Why is it so popular? The fashionable appearance and delicate workmanship come very first. Fosjoas chooses Canadian maple as the material of board, which has stable performance and is non-deformation. Meanwhile, the board is handcrafted by first-class designer in the world. In order to attract consumers, Fosjoas offers many different DIY stickers. Then, boys and girls can choose patterns and colors for their stickers. That is so cool! 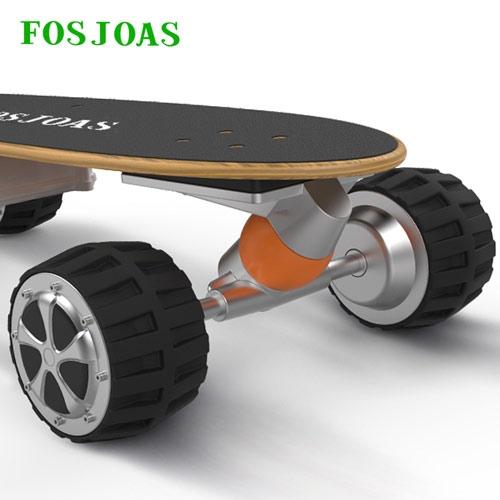 Fosjoas K1 skateboard is powered by advanced and imported lithium-ion battery, which saves riders physical strength and also protects the environment. Riders have two ways of controlling Fosjoas K1 skateboard. On the one hand, they can change body states to realizedifferent controls. Leaning forward realizes moving forward and speeding up, while leaning backward finishes slowing down and braking. When it comes to change direction, they can turn body to left or right. Is that easy? On the other hand, riders can use the equipped 2.4G wireless remote control. Then, they can control everything and riding becomes so exciting. Attractive appearance and powerful sliding performance make Fosjoas K1 skateboard very popular among young boys and girls.