Some Energy suppliers, like Ambit Energy, offer a combination of ways to keep more money in your wallet, including rate savings guarantees, discounts off your bill for referring new customers, and free travel awards.

Since 1935, gas and electric companies were prohibited from operating across state lines, which created local utility monopolies. If you lived in northern Illinois, for example, you had to buy your electricity from ComEd and your natural gas from Nicor, while southern Illinois residents had to use Ameren. But since energy deregulation went into effect in Illinois in March, 2008, both residential and small business customers now have a choice of companies, at least for part of their electricity and/or gas service. Service is now divided into two components: producer/suppliers versus delivery lines. While ComEd or Ameren power lines still deliver all of the electricity to homes and businesses, you can now choose an alternative supplier. Similarly, Nicor or Ameren gas lines still deliver all of the gas, but you can choose an alternative gas supplier. (This will sound familiar to those who remember when long-distance telephone service was deregulated in the 1980s: the local phone company still controlled the telephone line that connected your house to the system, but the new long-distance providers like Sprint and MCI were able to send their calls through those same lines.)

This change comes at a time when Americans are increasingly concerned about the rising worldwide demand for energy that is driving up gas and electric prices and also having a negative impact on the environment. Both consumers and businesses have responded positively to many energy conservation and "green" efforts, especially since many of these efforts result in substantial cost savings.

Many Consumers Still Haven't Taken Advantage of Energy Deregulation Options. Given the concern about both environmental and financial impacts, you would think most consumers would have explored their energy alternatives by now, and many would have switched to a cheaper or "greener" provider. Yet many people still aren't even aware that they have a choice! Of those who are aware that they have a choice, some may be concerned that there will be billing complications when they switch from having a single provider to using two separate providers (one for supply/production and one for delivery).

How Can I Benefit From Energy Deregulation? The first step is to learn about your options. Two state-funded organizations - the Illinois Commerce Commission and the Citizens Utility Board - have websites and printed materials that explain energy deregulation and list the approved suppliers in your zip code. Then, with your past utility bills in hand, you can get rate quotes from the new companies that are now competing with ComEd, Ameren, and Nicor for residential customers. Examples of the new electric suppliers include BlueStar and FirstEnergy: Examples of the new natural gas suppliers include Ambit Energy and Integrys.

Some companies offer both fixed rate and variable rate plans. In October 2009, for example, Integrys was offering natural gas to residential customers at a variable rate of 47 cents per Therm (which can go up or down every month based on the market price) or a one-year-fixed rate of 75 cents per Therm. If you lock in a historically low fixed rate, you are protected from future rate hikes for the next year. On the other hand, if the current market rate is high, and you think prices are likely to go down, you could elect the variable rate plan.

In addition to pricing, you will also want to consider the customer service record, business practices, and environmental ethics of each supplier. For example, some energy plants are fueled by landfill gas, while other suppliers offer wind-generated electricity. You can even choose a company that supports a charity that is close to your heart; Ambit, for example, supports breast cancer research.

Given that the average homeowner's annual heating bill is $783 (natural gas) to $933, an hour spent researching your options and finding a 10% or more annual savings is a good investment!

Flyer Design Tips for Your Business 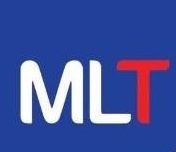 Postcard Printing for Businessmen and Advertisers

How to Use Social Bookmarking Sites to Your Advantage